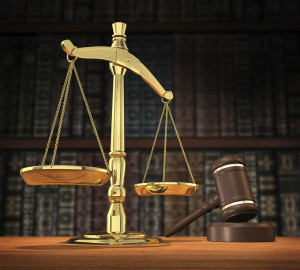 Our legal system imposes a duty on each of us to take reasonable care to avoid injuring others.

You pull up to an intersection facing a red light and stop.  The driver of an approaching vehicle is distracted by his cell phone conversation and smashes into the back of your car.  You are injured.

You were driving safely.  You properly stopped at a red light.  There is nothing you could have done to avoid the crash.

The distracted driver has clearly failed to take reasonable care.  Through his insurance company, he is required under British Columbia law to pay fair compensation for your injuries, expenses, and income losses arising from that failure.

I am going to toss you a few “what ifs” for you to think about.

How about if you forgot to renew your driver’s license and it lapsed the day before the crash?

Neither scenario will absolve the offending driver (through his insurance company) from legal responsibility to compensate you for your injuries:  It is not your insurance, it is the offending driver’s liability insurance that is involved in the payment of your claim; as for the status of your driver’s license – it had nothing, whatsoever, to do with the crash.

What if you are texting your husband as you sit there at the red light?

How about if your husband had left a half-full bottle of tequila sitting on the passenger seat?

Once again, neither illegal activity will impact on the offending driver’s liability.

How about if your license didn’t lapse, but was suspended because you are a horrible driver and racked up too many points?  Alternatively, you are a 14 year old kid taking your dad’s car out for a spin and have no license at all.

What about if you lied about the principle driver when you bought your insurance?

What if it was your bottle of tequila, not your husband’s, and you are grossly impaired by having guzzled that half-bottle?

What if you have just robbed a bank and your car is full of the loot?

How about if you are heading home after assassinating the Prime Minister?

While the criminal, or quasi-criminal penalties might be significant, you have a right to fair compensation for your injuries in each of those scenarios.

None of those scenarios change the fact that your injuries were caused by the failure of the rear-ending driver to take reasonable care.

Many injured victims have abandoned their rights to fair compensation because they believed that an infraction on their part, however minor, impacted on those rights.  The insurance company doesn’t get off that easy.