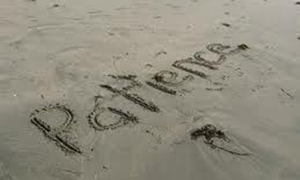 I am going to tell you a story about justice achieved. I am proud to have been a part of it. My client is a lovely young woman who suffered neck and upper back pain and headaches, following an automobile crash that occurred several years ago. Those are rather classic whiplash symptoms.

But this has been anything but a classic case. I have written in previous columns that there are hard cases and easy cases. An easy case is where there is a lot of damage to the vehicles involved and the evidence of injury is more than just the injured victim saying she hurts.

This was a hard case. There was less than $600 damage to the rear bumper of my client’s vehicle, and no damage to the front bumper of the offending vehicle. There were two others in the vehicle with my client.

Neither of them had as much as a stiff neck as a result of the collision.

My client’s work as a store supervisor was not impacted to any significant degree. She continued to participate in her main recreational interest, softball, though less aggressively. But she did suffer very real pain and discomfort, though, due to the negligent driving of another motorist.

It was as a result of that kind of skepticism that settled the case. The risk of a jury not believing my client was too great. How I wish that our court system would allow me to simply hook my client up to a lie detector machine.

No two people are the same. Even though most people may not be injured in a relatively minor incident, some definitely are. And that minority of our population is being actively discriminated against.

ICBC applied its “low velocity impact” policy and denied the claim outright. It wasn’t until almost two years, after I took on the case that it made its first offer, $10,000. I was told at that time that I shouldn’t expect any more to be offered.

Nine months later the offer doubled, with the emphatic indication that it was really the final offer. Finally, as the trial loomed, another “final” offer was made, this time more than doubling the second offer. The final settlement was for $41,000 plus costs of $15,000.

Why are victims of minor collisions discriminated against by insurance companies? Because it works. How many lawyers would take a case that will take years of work with no guarantee of any fees being paid?

If an injured victim cannot find a lawyer, what choices does he or she have? Some personal injury lawyers are driven more by a sense of justice than by their own (financial) bottom lines.

Don’t stand for a discriminatory insurance company policy. Look around. You will find a personal injury lawyer who will turn the tables on the company and hold its feet to the fire.