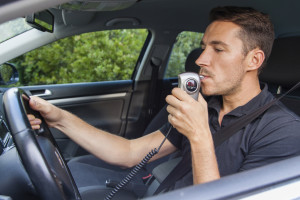 I am about to share something I recently learned about impaired driving laws.

I feel the need to start with an explanation of why a lawyer who has been in practice for close to 20 years could possibly be so out of touch.  I would hate for my legal reputation to be tarnished by my very public admission of ignorance.

There is a common misperception that a law school graduate knows “the law”.  More accurately, law school teaches us tools about how to understand and interpret the law.  There is a 10 week course that we all must pass after law school, and before practicing as a lawyer, part of “articling”, that gives us a kick start to actually learning and applying the law.  Even that, though, is an “open book” exercise that is more about learning how to find answers than infusing us with legal knowledge.

Certainly, though, a lawyer who’s been practicing law for 15 or 20 years ought to have a solid command of “the law” by then?  Not so.  In fact, lawyers regularly focus on and develop practices involving a very narrow slice of the law, developing a very narrow area of expertise.  As time passes, whatever bits and pieces that we might have picked up about other areas of the law while becoming a lawyer becomes more and more faded and dated.

Is that quite enough of a whining and sniveling explanation for why I don’t know everything about the law?

Regular readers of my column know that I am a big fan of the automatic roadside penalties for impaired driving that the British Columbia government put in place as of September 20, 2010.  Yes, the administrative (not criminal charge related) penalties “run roughshod” over the kind of “due process” that the criminal justice system affords, but  in my view the public safety concern outweighs the due process concern in that instance.

I have never driven through an “Impaired Driving CounterAttack” roadblock.  I had envisioned a very efficient process of every driver rolling down the window, blowing into a screening device, and being sent on their way unless the device showed an illegal alcohol content.

Not so, as I’ve come to learn.

According to the British Columbia Ministry of Justice website, a breath sample is requested: “If an officer has reasonable suspicion to believe a driver may be under the influence of alcohol…”.

I looked up the actual wording, in section 215(2) of the Motor Vehicle Act.  I found it quite interesting.  In fact, a police officer serves a notice of driving prohibition: “…if the peace officer has reasonable and probable grounds to believe that a driver’s ability to drive a motor vehicle is affected by alcohol”.  According to the legislation, it is then up to the driver to request the blood alcohol screening to prove that the blood alcohol level is within acceptable limits, which terminates the prohibition.

There has to be some observable sign of alcohol impairment or other evidence leading the police officer to believe that the ability to drive a motor vehicle is affected by alcohol in order for the screening device to even come into play?

Yes, those are rhetorical questions dripping with as much sarcasm as my typed words are capable of expressing.

Our world is full of highly functional alcoholics who would show absolutely no observable signs of impairment as they might pull up in a stop and go roadblock, but whose ability to drive a motor vehicle is very much impaired.

The “reasonable and probable grounds” requirement is intended, I expect, to survive a “Charter” attack on the legislation.  The Canadian Charter of Rights and Freedoms, section 8, includes the following right: “Everyone has the right to be secure against unreasonable search or seizure”.

Yes, courts might reasonably interpret having to blow into a screening device to be an “unreasonable search” absent observable signs of impairment.  If so, this would be one of those rare circumstances where I would want our law makers to invoke section 33(1) of the Charter, the “notwithstanding clause”, which expressly allows Canadian governments to expressly declare a law to operate notwithstanding certain Charter protections.

When we hear RCMP statistics that 1 in 100 people (was it 1 in 10 in one Okanagan community?) through road blocks were issued administrative prohibitions, I guess that does not reassure us that the other 99 actually blew into the screening device and were cleared…it just means that the other 99 were able to make it through without showing signs of impairment.

I hope that, somehow, I am reading the law wrong.  If not, I call out to our law makers to fix this which, in my view, is a glaring problem.