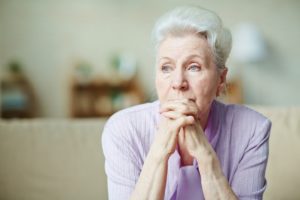 Seniors will be hit the hardest (announced changes to ICBC).

Take this with a grain of salt. Heck, a bucket of salt. I am directly, financially interested in the future of our injury claim system.

Seniors occupy a significant portion of my personal injury practice. I pay my own, as well as the mortgages of a lot of staff, by pursuing justice for seniors.

They come to me, typically, a year or so after some bonehead has driven into the back of their car.

That’s the most common collision in my practice. It’s maddening. The answer to fixing ICBC stares me in the face every day. Simply eliminate the rear-ender and the government can go back to scooping up hefty ICBC profits.

Did I just regress, again, into road safety!? Yes, I did.

It’s not tail-gating rear-enders. It’s rarely icy roads. The vast majority are where you have come to a stop on dry pavement. There’s a long pause, and then boom.

How easy is it to avoid driving your car into a stopped vehicle ahead of you?

It takes more than keeping your eyes on the road. It’s a difficult lesson to learn because it seems to defy common sense. And it’s a lesson that ICBC and our other government leaders have utterly failed to put marketing resources into teaching.

Your eyes are not enough. Your mind has to be there too.

Science has proven that with eyes squarely on the road, a distracted mind (such as by a hands free cell phone discussion which bizarrely continues to be legal while driving) will cause you to “miss” (fail to notice) fully 50 per cent of what your eyes are “seeing”.

The offending driver didn’t quickly glance away. The distracted driver was in autopilot.

Seniors don’t do that. Sure, I’m making a generalization, but really. The stereotypical senior is white knuckled. In my practice, seniors rarely cause these nonsense rear-ender crashes.

And when they’ve been injured by some moron “young ‘un” (anyone under 60!), they’re very reluctant to talk to me.

Immediately after shaking my hand in the waiting room they’re explaining themselves:  “I didn’t want to have to talk to a lawyer”; “All I want is to be reimbursed for my expenses”; “I’m not looking for some big payout”.

I’ve learned over my 20-plus year career that seniors on the whole view lawsuits as for “bad people”. If you’ve been charged with a criminal offence, you must be guilty. If you’re suing ICBC you must be screwing the system.

It’s ironic that if ICBC had only “approved” the further care recommended by their doctor, they would never have consulted with me.

It’s not like they ran out of ICBC coverage. British Columbian drivers already have access to up front rehabilitation benefits of up to $150,000.00. It’s an extremely rare senior rear-ender case where that fund is accessed by more than $5,000.00.

And ICBC has full opportunity to provide whatever other up-front financial help they want. But they don’t. They choose to leave pension earning seniors to build up debt that they’ve avoided their entire lives saying “We’ll reimburse that at the end of your claim”.

By choosing not to play fair with seniors, some of them come to me. And man, does ICBC pay for their mistake.

Once I’m involved, they know they’re hooped. The boat has sailed on their opportunity to get away with paying far less than fair compensation.

But they still try. The most common argument they make about senior claims is that an elder should receive less compensation because they have fewer years to endure the pain.

But the law says otherwise.

Here’s a nutshell of the “golden years doctrine” recently recognized by Madam Justice Griffin in the 2010 case of Fata v. Heinonen, 2010 BCSC 385:

“[88] The retirement years are special years for they are at a time in a person’s life when he realizes his own mortality. When someone who has always been physically active loses his physical function in these years, the enjoyment of retirement can be severely diminished, with less opportunity to replace these activities with other interests in life. Further, what may be a small loss of function to a younger person who is active in many other ways may be a larger loss to an older person whose activities are already constrained by age.”

If you want a more full description, I invite you to read my column on this subject from way back in 2013 (Senior compensation column).

How will changes to ICBC impact seniors?

There are three general categories of losses.  One is income loss. Another is expense. The third is often referred to as “pain and suffering”, to compensate for pain, stiffness, impact on activities, loss of enjoyment of retirement, etc.

According to the announced changes and ICBC’s web site defining a “minor” injury, the “pain and suffering” for the vast majority of senior claims is going to be “capped” at $5,500.00.

What is a minor injury? Have a look at the ICBC page explaining this. As of my drafting of this column, everything is minor unless:

Instead of fair compensation for the stripping of enjoyment of the retirement years, which the courts have determined starts in the range of $40,000.00 and goes up the higher the impact, most senior claims will be capped at $5,500.00.

But the government has announced that we will have an option. Pay more for your insurance and the cap will not apply to your claim.

Seniors on fixed incomes, least able to afford higher insurance premiums, paying more to be able to achieve fair compensation from the actions of bad drivers?

How about make the bad drivers pay? If we refuse to take concrete action to reduce crashes, why not make bad drivers pay a $10,000.00 deductible for running into the back of stopped vehicles rather than passing the loss onto the victims?

The law has not yet been written. A politician has made an announcement. We can fix this. How? I hate politics, and that’s what this is. I’m clearly not politically savvy as can be seen from my utter failure to have a road safety impact after years of columns on the subject.

I’ve signed this petition: R.O.A.D. BC Petition. I invite you to do the same.