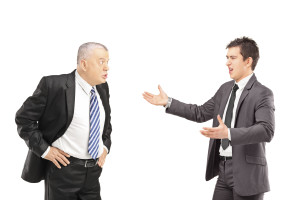 It’s hard enough for people to reach out for psychological help without an insurance adjuster being a total idiot about it.

Imagine a typical Canadian man. He works hard, plays hard and drinks beer. Sorry if some of you are offended by that generalization. I’m going to call this guy John. John is driving along in his pick-up truck when an oncoming driver loses control of his car and crosses the centre line.

There is a sickening crunch of metal. When the debris stops flying, John gets out of his truck and rushes over to see if he can help those in the car. It’s a horrific sight. There are fatalities. An RCMP officer called to the scene knows that John has been psychologically scarred. He hands John a card with contact information for victim services and tells John emphatically: “You will need this.”

Going for psychological counselling is the last thing on John’s mind in the first week or two after the crash. Yes, he is having nightmares, and yes he is very nervous in a vehicle, but the pain from the injuries he sustained in the crash is a good distraction.

Even if he had suffered no physical injuries, though, it’s unlikely that John will call the victim services number early on. It’s more likely that he will wait a while, hoping for everything to get back to normal without him having to go to a “shrink”. Time heals.

Yes, time heals, some things. Stub your toe, cut yourself chopping vegetables, break your leg skiing and time is all you will need to get right back to normal. Other things require rather extensive treatment, and even with treatment and time may never completely heal.

The straining, stretching and tearing of ligaments and other connective tissues along your spine, often referred to as a “soft tissue” injury, is one example. It is commonplace and expected for those injured in crashes to be referred for chiropractic care, physiotherapy and massage therapy. For some, those injuries substantially resolve. For others, they don’t.

Another example is the psychological injury that is sustained when a human being is involved in a horrific crash, though seeking treatment for that injury is far less commonplace and expected. For John, the typical Canadian male, his physical injuries are becoming background noise and he is starting to pay more attention to the racing of his heart in certain traffic situations and the fact that he gets behind the wheel as little as absolutely necessary.

Still, he is not comfortable with calling the number on the card for victim services. This is where the insurance adjuster fits into the story. John turns to the adjuster, who of course has a whole lot of experience dealing with crash claims. He brings up the problems he has been having. The adjuster, though, instead of pushing John along to do the right thing and get help, actually discourages him by saying something dismissive about psychological treatment along the lines of:

“We could get you one or two counselling sessions to find out you’ve got a problem with your mother”.

Because of the way the adjuster handles the situation, it is not until a year and a half later that John is finally pushed into getting help, when the festering psychological issues are that much more difficult to address. It doesn’t take a horrific crash to cause psychological damage.

Our calm sense of safety when sitting behind the wheel of a car can be destroyed by any car crash, leaving us anxious and nervous when on the roads and less inclined to venture out.

I encourage anyone who has been involved in a crash to get psychological help to deal with lingering driving anxiety and other psychological issues. We are blessed, locally with a number of excellent psychologists with expertise in this area.