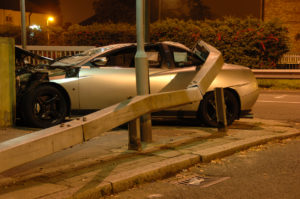 Money talks.  ICBC’s “worst case scenario” rate increase of 42% over the next four years is screaming out.

Last week I shared my “Aha!” moment: by treating only the symptoms of our road safety disease we are missing the mark.

I used seatbelts as an example.

Seatbelts have done absolutely nothing to prevent crashes.  I believe that they have actually increased crashes.  How?  By contributing to our whimsical perception of safety in our vehicles.

Imagine a seatbelt prohibition law.  Think about how your level of driving awareness and caution would dramatically increase with you and your children sitting unbelted in your vehicle.

We have been led by the incredibly successful advertising campaign (messaging like “buckle up stay safe”) to feel that if we buckle up, we will be safe in our vehicles.

The seatbelt campaign, which is ongoing, is only one of many contributors to our whimsical perception of safety.

Car manufacturers spend huge advertising dollars to convince us to buy their make of car.  A key focus of that advertising messaging is vehicle safety features.  Their particular safety features are even safer than the competition’s.

Images of the Marlboro Man looking cool while he smokes works to sell cigarettes.  Similarly, images of cars crashing head-first into concrete barriers, crash dummies thrown into the pillowy softness of air bags, feeds the sense that we’re safe and secure in even the most horrific of crashes.

How many movies have you seen where there’s a horrific crash and the driver bounds out of his vehicle, carrying on as if nothing happened?  Our sense of reality in car crash consequences is skewed by those incessant, repetitive images.

Soft tissue injuries work like in the movies.  It takes hours, or perhaps overnight, for the damaged tissues to become inflamed, painful and restricted.  Victims themselves regularly don’t realize at the scene that they have been injured.

First responders, relieved to be called to a crash where the occupants “walk away”, report “no injuries” or “minor injuries” to the news media.  The media forwards images of crumpled cars with that incessant messaging.

Little wonder we are concerned only about detection (particularly so with those increased penalties), not about risk and danger, when we reach for our cell phones while driving.

Where is the “counter-terrorism” advertising, teaching us that British Columbians are continuing to be injured in crash after crash after crash, often resulting in life long symptoms and functional limitations?

I have a theory.  It’s a horribly cynical one.

A classic ICBC negotiation tactic is to minimize the seriousness of the very kinds of injuries seat-belted victims face.  Their printed materials refer to soft tissue injuries as if they are insignificant.  Their front line adjusters, trying to convince injured victims to accept their low ball settlement offers, do the same.

They classically hire orthopaedic surgeons to write reports saying that soft tissue injuries “should” resolve within weeks, ignoring the scientific / medical reality that many are left with permanent symptoms and disabilities as a result of soft tissue injuries.

Is ICBC (and are other automobile insurers across the country), in a strange conflict of interest when it comes to road safety?  Is that why we haven’t seen the critically important advertising messaging that we need in order to turn the tide on crashes?

How about we task our political leaders to strip away the whimsical notion that we are safe and secure in our vehicles?  The more we learn about how vulnerable we really are, the more careful we will be behind the wheel.

Increasing penalties for specific dangerous driving behaviours is treating the symptom, not the disease.  It’s regular, every day, inattention that causes the most crashes.  The only way to snap us to attention is to show us our vulnerability.

Treat our driving disease and we will reduce crashes.  Reduce crashes and our ICBC premiums will actually go down, instead of up.