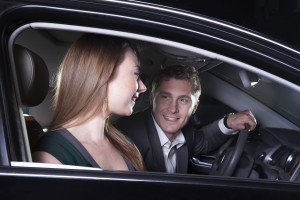 This week’s column was a bit of a struggle for me.

Usually, the trick is coming up with a topic that I feel passionate about.  Armed with a good topic, my columns seem to write themselves.  I just sit here with my hands over the keys of my laptop and away it goes.

This week, a friend gave me a most excellent topic – one that I feel passionate about in more than one way, but my fingers had a whole lot of trouble getting started.

My column last week was about the serious problem of driving drowsy.  A crash near Vernon triggered that topic.  I challenged the use of the word “accident” to describe a crash arising from drowsy driving because falling asleep at the wheel is the predictable result of intentional driving behaviour.  Nobody intends or chooses to get sleepy while driving, but we all know when we are getting drowsy.  The dangerous, and intentional, choice is to push on and not pull over to rest.

The topic I was given this week is about an entirely different kind of dangerous driving behaviour.  Like talking on a cell phone, texting, eating food, changing clothes, applying makeup, reading, and even playing video games, this particular type of activity distracts the driver from the important task at hand – driving.

And I don’t know if “distracts” is a strong enough word.

According to one survey, approximately 15% of drivers admit to having engaged in some form of this particularly distracting type of activity while driving.

Have you ever heard of “road head”?

To be fair, the survey wasn’t restricted to that particular sexual activity.  Sexual activity doesn’t have to include a partner.  Perhaps more often it’s a matter of one “task at hand” competing with giving full attention to another.

What was your first reaction when you realized what I was writing about?  The topic was offered to me with a bit of a giggle, and I found on doing a bit of internet research that such a reaction is common.

Search “road head” on YouTube and you’ll find all sorts of videos taken of drivers whose passengers are in that telling position.  Those behind the camera are giggling and laughing.

I had a similar reaction to the column topic, though with a bit of envy mixed in.

Why is our immediate, gut churning, reaction not one of abhorrence?  Why do we pull out a video camera instead of honking the horn to stop the activity?

I, for one, resolve that if I am ever presented with an offer, I will gently but firmly scold my wife and pull over to where the offer can be accepted safely.

Published May 24, 2012 in the Kelowna Capital News

Mrs. Hergott’s Response: Hergott dreaming if he thinks the Mrs. will comply