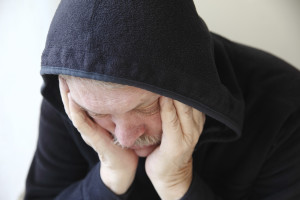 I’ve learned some things about our criminal laws as they relate to child pornography. I was prompted to do some research when I learned that an acquaintance is facing a charge. The acquaintance is a fellow whom I had held in high regard; someone who I could not imagine causing harm to another human being.

The thought of this fellow facing a criminal charge of any kind is a contradiction that I needed to sort out. I wanted to understand what the charge really means. Of criminal charges, those including the words “child pornography” are seen to be the most vile. Regardless of eventually established innocence or guilt, a person facing a charge related to the sexual exploitation of children can kiss his or her career goodbye.

In fact, a columnist and lawyer perceived as defending such a person might risk causing serious damage to his reputation and career. Rightly so? Before I get tarred and feathered, I’m going to state, clearly, my view that children must be protected from sexual predators at all costs. I happen to be a father of young children. If I found out that someone had destroyed the sexual innocence of any of my children I would likely face murder charges.

I also happen to know the difference between sexual fantasy and sexual behavior. I remember reading a book years ago, authored by Nancy Friday, titled “Women on Top”, a book chronicling women’s sexual fantasies. Now, for a straight-laced farm boy from Saskatchewan, there’s some really, really strange material in that book. One needn’t pick up a hard copy book, nor a brown paper covered magazine, to explore sexual fantasies in this day and age. The entry of a few characters in a web browser and a mouse click or two will bring explicit sexual content into the privacy of your home through your computer.

A little bit of web surfing will show you that there are photographic and video images galore to satisfy the full array of sexual kinks, ranging from nylons and latex to women’s feet and high heeled shoes, from fantasies about feces and urine to fantasies about whips and chains, from diaper fantasies (men who fan-tasize about wearing diapers) to blood play. And yes, there are also web sites that offer images of school age looking girls dressed in school girl outfits and, I presume, images that would make my stomach turn of nude, sexualized, or sexually engaged children.

Just typing the words makes my skin crawl. The charge my acquaintance is facing is “accessing child pornography”. My research of Canada’s criminal law has taught me that a man surfing the internet in the privacy of his own home, who happens to have the “school girl” fantasy as his sexual kink, could be committing a criminal offence even if he is careful to access only those web sites with adult models.

Section 163.1 of the Criminal Code defines “child pornography” as including sexually explicit images of a person de-picted to be (made to appear to be) under the age of 18, regardless of the actual age of the person. Yes, conceivably, a photograph of a 35-year old being sexual in a school girl uniform could be child pornography.

Section 163.1(4.1 and 4.2) makes it a criminal offence simply to knowingly view such images while sitting in the privacy of your own home, on your computer, surfing the net. The offence comes with minimum jail time.

I have not spoken to my acquaintance about the charge. I have no idea of his guilt or innocence. I am going to go out on a limb, though, and suggest that if he is guilty, he didn’t go down the list of sexual kinks and choose to be sexually attracted to child pornography. Had it been his choice, I’m certain he would have picked a more socially acceptable of the long list of kinks.

I may well be in the stark minority, but it just seems offensive to me that a fellow can face a minimum term in jail for exploring the internet to satisfy his sexual kink in the privacy of his own home. On the other hand, I am very mindful that where there is demand, there will be supply, and those who access child pornography are effectively driving dealers and abusers to sexually abuse and exploit children to create the vile stuff.

Yes, there are men and women out there who don’t keep their sexual fantasies within the privacy confines of their imaginations and computer screens. Yes, there was the case of the fellow in Kelowna who hid in the bottom of an outhouse. Yes, child sexual abuse is a huge problem in our society. Society needs to be protected from those offenders.