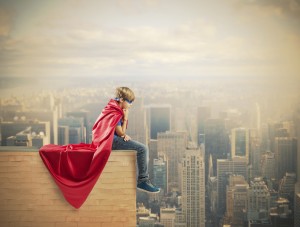 Brayden Denton made international news this past week.  At age four, he was diagnosed with an aggressive form of brain cancer.  One year later, after a battle that included 30 rounds of radiation, the five year old died.  He made news because his mother gave him a “superheroes sendoff”, the pallbearers dressed as the boy’s favourite comic book characters.

In other international news this week, 17 year old girl, Kendall Moore, and her 19 year old boyfriend Craig Wood died when their car rolled into a lake near Prince George, British Columbia, at a grad party.

I am struck by the contradiction.

Brayden is a symbol of how precious life is and the scratching and clawing struggle we will engage in to stop it from slipping away.

Kendall and Craig are symbols of the lack of care that we put into preventing those same, precious, lives from slipping away.  They joined the others whose lives slip away as a result of motor vehicle incidents in British Columbia at a rate of one every day or two (approximately 250 per year).  Even a modicum of care would have saved, and would continue to save, each of those precious lives.

I brought this up over cards last night.  My 79 year old father and his wife were over to play Schmier.  I would take the time to boast how well my father and I did against our wives, but that would probably be “bad form” in a column so I’ll just move on.

Later in the evening, my 10 year old daughter, Morgan, handed me a hand printed note: “united staits – 13 mins death – 115 die every day”.  She had overheard us and, unprompted, did a little internet research.  I found confirmation of that statistic this morning, that someone dies in a motor vehicle incident in the United States every 13 minutes.

How can we show such intense, scratching and clawing care on the one hand and such a passing lack of care and concern on the other?

I’ll remind you that the fatalities, as awful as they are, are just the tip of the iceberg.  For every precious life taken in a motor vehicle collision, there are approximately 300 people injured, many of whom will never recover.

Don’t you dare point your finger everywhere but at your own self, blaming those dangerous drivers who knowingly speed and break other rules of the road.  We are, each of us, part of the problem and if each of us did our part the problem would be solved.  Most motor vehicle incidents are caused by simple inattention.

Might it help if that symbol of precious life, that photograph of Brayden’s casket, being carried by Spiderman, Superman, Batman, and the Hulk, was clued to the middle of each of our steering wheels?  If we are continually reminded of the year-long battle, including 30 rounds of radiation, that was waged to save one little boy, might we simply put the minimal effort into devoting our full attention to the road every time we drive?

Published May 22, 2014 in the Kelowna Capital News