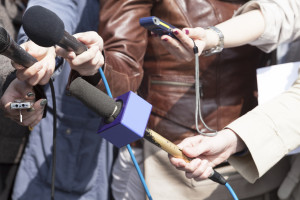 You return to your car with your groceries to find the side of your car dented in.

It was likely an innocent accident: Someone just misjudged the distance when backing up.

You are not thinking innocence, though. This is all you need in your already busy life—having to take your car to be assessed, then repaired, and then dealing with the offending driver’s insurance company to get reimbursed.

It’s worse than that, though. Whoever did it knew they would be impossible to track down, and wanted to save having to make a claim against their insurance. He or she didn’t bother to wait around or leave a note.

So much for recovering the cost of repair from the offending driver’s insurance company.

If you’re lucky, you purchased collision insurance. If so, you will still be stuck with a deductible. If not, you face paying the whole shot.

It’s bad enough if it happens in a parking lot and nobody gets hurt. Take that same scenario out on the road.

Put a pedestrian or bicyclist in the place of the parked car. It happens all too frequently.

What pedestrian or bicyclist has the presence of mind to notice the plate number of the offending vehicle as they are flying through the air?

Often, there are no witnesses. Even if there are, the witnesses are likely more concerned about helping the injured bicyclist than jotting down a plate number.

Hit and run causing injury takes on a higher level of evil. It’s one thing to run away from your responsibilities. It’s quite another to leave an injured victim lying on the side of the road without offering assistance or calling an ambulance.

Do you detect a certain venom in my tone? I may not be hiding it well. If you’re interested where that venom might be coming from, I invite you to read the previous posting.

As awful as it is to be injured by a negligent driver who doesn’t have the moral fibre to stick around and own up to his or her responsibilities, I have good news for hit and run victims.

Whether it is just damage to your vehicle, or you have been injured, you may qualify for compensation through our insurance system.

Don’t expect a representative of the insurance company to insist on a meeting with you so that you can be fully informed about what compensation you might be entitled to, the various steps that you have to take in order to qualify, or the critical time frames during which those various steps have to be taken.

As with any other crash claim, you will first have to prove that an unidentified offending driver caused your injuries.

With a hit and run scenario involving a bicycle, this involves first proving that a vehicle was involved. If the bicyclist lost control after swerving to avoid a negligent vehicle driver, the involvement of a vehicle in the incident may be very difficult to prove.

As such, it is even more important in hit and run scenarios to collect as much evidence as possible at the accident scene.

A part of the law that hit and run victims are often in the dark about is the legal onus on them to take all reasonable steps to try to determine who the offending driver was. You cannot simply rely on the police or the insurance company to do that.

How is that for unfair? As between the police, the insurance company, and you, why is it that the victim—the one with the least resources to track down the hit and run driver—who carries that legal onus?

The failure to do such things as interview local businesses or homeowners, put up posters, or put an advertisement in the local newspaper to look for witnesses may eliminate your right to compensation if not done in a timely fashion or at all.

There are other steps that must be taken as well, with strict time lines.

If you have been the victim of a hit and run driver, I strongly recommend that you take advantage of the free initial consultation that most lawyers provide to car crash victims so that you can be fully informed about your rights and, most importantly, the particular steps that must be taken so as not to lose those rights.