Does small vehicle damage mean no injury?  ICBC would have you think so, but medical science and the law are not on their side. 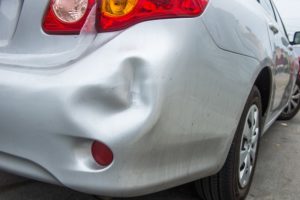 This issue was a point of contention dealt with by our Court of Appeal in the recent decision of Greenway-Brown v. MacKenzie, 2019 BCCA 137.

The Plaintiff, Ms. Greenway-Brown, had been in five separate motor vehicle collisions. She was assessed at fault for the first, but the innocent victim of the other four.

Each collision had resulted in very little damage to her vehicle.

The trial judge, who had come into the courtroom with assumptions about the relationship between vehicle damage and injury, dismissed Ms. Greenway-Brown’s claims in a decision cited as Greenway-Brown v. Kyung, 2018 BCSC 287.

Ms. Greenway-Brown appealed. A three judge panel of our Court of Appeal released their decision on April 24, 2019.

The Court of Appeal quoted from established legal precedent.

One case quoted from was from 1993. The judge in that case made the strong statement that an assumption that no vehicle damage means no injury has no application in court. He noted that “…it is not a legal principle of which I am aware and I have never heard it endorsed as a medical principle”.

Carrying on, that judge noted: “Significant injuries can be caused by the most casual of slips and falls. Conversely, accidents causing extensive property damage may leave those involved unscathed. The presence and extent of injuries are to be determined on the basis of evidence given in court. Objectivity is thus preserved and the public does not have to concern itself with extraneous philosophies that some would impose on the judicial process.”

In Ms. Greenway-Brown’s case, a physiatrist (medical specialist in physical medicine and rehabilitation) had given sworn testimony that there is in fact “…very little correlation between vehicular damage and injury, and the severity of impact in a motor vehicle accident is one of many factors that can lead to injury”.

The Court of Appeal found that the judge’s assumptions about the relationship between vehicle damage and injury to be without evidentiary foundation.

The Court of Appeal concluded as follows: “This is not to say that the severity of impact cannot be a relevant factor in assessing evidence of injury, but it is one factor, which must be grounded in evidence, not speculation. In my view, the judge’s assumption, unsupported by evidence, was an error in principle that permeated his approach to the evidence and his assessment of the appellant’s overall credibility.”

Do you make the same error when you pass by the scenes of fender benders?  Do you assume that small damage to the bumpers of vehicles means that the occupants are unharmed?

It is an attractive assumption. We like to think that we are safe, that smaller impacts occurring so regularly on our roadways will not seriously hurt us.

We are reinforced in that thinking when we see those involved in smaller impacts get out of their vehicles, appearing perfectly fine. And when we listen to media reports inaccurately reporting “no injuries” without knowing how crash injuries work.

The reality is that for typical car crash injuries, it takes time for injured tissues to become inflamed.

What are other words for when assumptions are made without evidentiary foundation?  How about all those “isms”, like racisim, sexism and ageism.

Please understand that very serious, long term consequences can flow from your regular, every day fender bender. And please adjust your level of attentiveness to the road accordingly.