Two cones of silence had to be removed for us to hear Jody Wilson-Raybould’s testimony.  As Minister of Justice, cabinet privilege silenced her communications with cabinet colleagues. As Attorney General, she was the Government’s lawyer and bound by solicitor-client privilege. 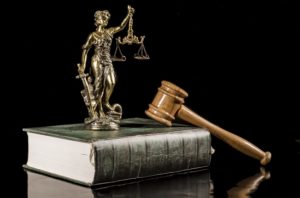 Cones of silence get in the way!  Cabinet privilege is a brick wall blocking increased government transparency. And solicitor-client privilege can seem like a tool used by bad people to subvert justice.

At the heart of solicitor-client privilege is the concept that people must be able to speak candidly with their lawyers so that their interests can be fully represented (R. v. McClure, 2001 SCC 14, paragraph 2).

Privilege starts with the very fact that you have consulted with a lawyer.

Most consulting with me for the first time are almost apologetic. They bend over backwards to explain that all they want is what’s fair, as if the very act of consulting with a lawyer about an ICBC claim implies they’re trying to screw the system.

If they’re worried about my perception, how mortified must they feel about family, friends or co-workers learning about the consultation?  Or their ICBC adjuster, because a lawyer consultation means you are not blindly trusting whatever Kool-Aid the adjuster is pouring.

The same goes for actually retaining a lawyer. You can retain and consult regularly with a lawyer on a completely confidential basis.

Injured victims usually want me to tell ICBC right away that I am involved, to end the ongoing stress of dealing directly with an adjuster. But if ICBC is being “generous”, providing more than minimally required benefits, it is sometimes best to keep the retainer confidential until the inevitable time when the “generosity” ends.

And yes, everything you tell your lawyer is confidential. But that doesn’t mean you can use a lawyer as a hired gun to subvert justice by pursuing a fraudulent claim on your behalf.

An ethical lawyer will refuse to take on a claim they know to be fraudulent.

Apart from ethics, it would be unwise in the extreme to take on such a case. The civil justice system is built to get to the truth. You might get away with lying in your dealings directly with ICBC, but carrying that through with a lawyer and lawsuit is going to end badly, particularly for the lawyer who works on a contingency fee basis while fronting thousands of dollars of their own money to the expense of litigation.

In the over 20 years I’ve been doing this work, no-one has ever come to me asking that I pursue a fraudulent claim. But in thankfully only a small handful of cases, I’ve discovered dishonesty part way through.

I must keep the information I learned, uncovering the dishonesty, strictly confidential. And I cannot disclose my reason for “firing” the client, but I will stop acting.

But over the course of handling a claim, all sorts of facts come up. Some are bound to be unhelpful to the case. For example, a client whose back was injured in a crash sustains some other back injury the following year, but the injury is in a different area that completely heals.

I’ve had clients ask whether the medical records related to that other back injury must be disclosed to ICBC. They’re not trying to be fraudulent. They just don’t want to be cheated, because ICBC will undoubtedly argue that any ongoing back problems were caused by the other injury, not the crash.

I explain that the rules of our civil justice system require disclosure of relevant documentation, even if it might hurt your case. And they include an event called an Examination for Discovery where you must answer questions posed while under oath.

I tell my clients that that I will stop acting for any client who is not forthright during an Examination for Discovery or instructs me not to disclose relevant documentation.

But I do so with reassurance that we can deal with unfair ICBC arguments. What we cannot deal with is an attack on credibility that comes from ever being less than forthright. As our mamas told us, honesty is always the best policy.