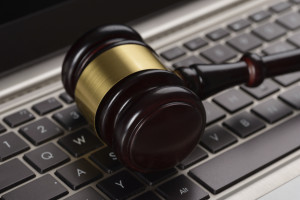 There is so much conflicting information out there. When you hear, or read, differing opinions, how do you decide which one is the most worthy?

I happen to be a CBC junky. Yes, I am one of those people with 88.9 programmed as the first radio station button on my car radio. My father will get a chuckle reading that if he remembers how much my brother and I resisted what we regarded as mind-numbing drive when we were growing up.

When presenting a contentious issue on CBC, the host will interview an advocate of one side of the issue, and then someone arguing the other side. It gives listeners the opportunity to draw their own conclusions. Frankly, for me, it’s not much of an opportunity. I find it about as useful as hearing a political debate. I don’t trust either advocate.

Typically, each has his or her own agenda and the truth is in there somewhere, but I’m not assisted much in finding it by a verbal joust. What I yearn for is to hear the opinion of some ridiculously intelligent well informed soul who has nothing to gain from offering his or her opinion. How do you find such a soul?

One person whose opinion I would trust is a man who conducts many of those CBC interviews, chief correspondent Peter Mansbridge. Regretfully, as a journalist, he is ethically restricted from expressing his opinion. That’s why he has such high credibility when conducting interviews.

I came across a blog the other day of another ridiculously intelligent, well informed soul who has nothing to gain from offering his opinion. This man, however, does not face ethical restrictions against doing so. I am referring to the John Bouck, a retired Justice of the B.C. Supreme Court. He presided over trials from 1974 to 2006 and as a judge was restricted from publicly expressing his opinions. Since his retirement that restriction has been lifted.

He doesn’t mince his words in his blog, called Boucks Law Blog. In his most recent posting, he attacks the excessive fees charged by the provincial government because they restrict the public’s access to justice. He looks at projected judge and jury fees for a trial that did not proceed because of the expense and compares them with similar fees in other jurisdictions.

According to his research, the estimated judge and jury fees of $40,000 in B.C. compared with fees that would have been less than $1,000 for the exact same trial in three other Canadian provinces.

In another posting, he exposes the injustice in B.C. laws that make it cheaper for a bad driver to take a second or third run at a victim in the hopes of causing death, because claims related to a deceased victim are severely restricted.

While my vocation would suggest that I have a head on my shoulders and I do my level best to present my ideas relating to achieving justice in a fair and unbiased way, I am open to a credibility attack because I continue to be a practicing lawyer and my columns could be seen to be thinly veiled exposure advertisements.

We have some political issues on the horizon, one being a proposed revamping of our civil justice system that in my view will make the achievement of justice even more expensive than it already is.

We also have some horribly unjust laws—such as the laws that prohibit fair compensation for a death—that should be put on the political agenda.

If you would like a second opinion on such issues, would like the benefit of intelligent legal commentary that appears to be even more void of agenda than my column, or if you would like to see how my opinions compare with those of Bouck, then I invite you to check out his blog at www.bouckslawblog.com