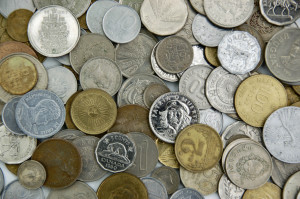 Injured victims usually wait until ICBC has cut off treatment funding before they come to me for advice. With ongoing pain and mounting bills, they have nowhere else to turn.

That first meeting often begins with the injured victim scrambling to convince me that they are looking for nothing more than what’s fair. If only ICBC had paid for the medical bills, they wouldn’t be coming to me. They are emphatic that they are not looking for a “huge settlement”.

They obviously share a negative perception that those with ICBC claims are trying to screw the system; i.e. are looking for something more than fair. They fear that I will judge them accordingly.

I immediately reassure them. Sure, some people come to me with dollar signs in their eyes. Those people typically have very minor symptoms, if any, and have been somehow led to believe that claim value has to do with the size of a crash, not the size of the injury. I can see them coming a mile away and I simply won’t act for them.

I explain that there is no such thing as a “lottery win” type of windfall in our legal system. Injured victims can achieve no more than fair compensation for actual loss. A “huge settlement” means huge loss, and is therefor the worst outcome.

Ironically, a significant part of the work I take on as a personal injury lawyer is helping to reduce the losses. I push for and facilitate medical care to achieve as positive a recovery outcome as possible. I also work to achieve as quick a return to work as can be achieved. Both result in lower losses and therefore a lower settlement.

With percentage fees, only the lawyer benefits from bigger losses and a correspondingly bigger settlement. The injured victim loses because legal fees leave them with a one-third shortfall.

A personal injury lawyer is able to explain how “generous” the injured victim’s view of fair is to the very profitable insurance company they are dealing with.

I am able to explain that our legal system values and requires compensation for pain, stiffness and other symptoms, and that an injury that substantially but never 100% resolves commands compensation at some multiple of the $5-10,000.00 ICBC typically offers. I am able to explain other elements of compensation that will not even be brought up by ICBC, such as the reasonable possibility of future income losses even if there has been little or no income lost so far.

If ICBC commits to, and follows through with, reimbursing care expenses, innocent victims are led to believe they are being dealt with fairly and many will never consult with a lawyer to learn about what level of financial compensation is truly fair. You don’t have to feel apologetic about finding out the truth, and you can do so at no obligation (free) with most lawyer.

Published … in the Kelowna Capital News