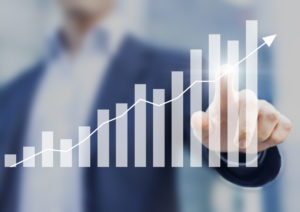 I like to find a silver lining behind every cloud. This very dark one is rimmed with platinum and gold.

Road safety has finally come into the spotlight for British Columbians.

Crashes and collisions have been increasing by 20,000 per year since 2014.

Nobody cared until we realized that those statistics have a real impact on our pocket books.

The beautiful thing is that the reverse is also true. Fewer crashes and collisions mean less money.

Had we woken up to that obvious connection between the number of crashes and ICBC insurance premiums, we would have made road safety a higher priority long ago.

By the way, ICBC insurance premiums pay for some, but certainly not all, of the dollar cost of crashes and collisions.

Can you get your head around how much of our emergency services and health care budgets go to dealing with the aftermaths of 300,000 crashes per year?

It costs money for police, fire and ambulance services to go out to crashes. It costs money for hospitals and medical clinics to treat the injured. Those and untold other direct and indirect expenses are simply worked into our income taxes.

That’s almost double the entire British Columbia education budget and more than half of our entire health budget.

That report should have, but didn’t catch our attention.

The taxes we pay to cover those billions of dollars every year didn’t catch our attention either. They would have if the government told us every year how much of our taxes went to pay for crash and collision related expense.

Shall we require that of government in the future so that we can grasp the full financial impact of carnage on our roads?

It’s only now, when ICBC premiums start getting uncomfortable, that road safety becomes as a priority.

If that’s what it takes, I welcome it.

If we buckle down and take concrete steps to improve road safety, those premiums will naturally go down. Not just to what they were a few years ago, but much further than that.

And our taxes will go down as well.

And then the most important benefit of road safety will come about: fewer injured and killed British Columbians.

Are you motivated to reduce crashes? Be prepared for inconvenient solutions.

According to statistics in the Ernst & Young report, increased enforcement of our speed and distracted driving laws will reduce crashes.

Those who fail to make safe driving a priority suffer under increased enforcement. Are those the vocal ones who managed to get photo radar off our roads?

What better mechanism could there be to ensure maximum enforcement of speed laws than photo radar?

Is it a pain in the behind to get a speeding ticket in the mail because you slipped over the speed limit?

Yes it is. But all you have to do to avoid that is to pay direct attention to the task at hand. If your mind wanders enough to “slip over the speed limit,” then it has wandered enough to hurt or kill another road user.

I am brimming with ideas for how to improve on road safety, and disappointed that the Ernst & Young report failed to identify the most obvious. With overwhelming scientific proof that talking on a cell phone while driving is dangerous, and that doing so hands free is no less so, when are we going to finally ban all cell phone use while driving?