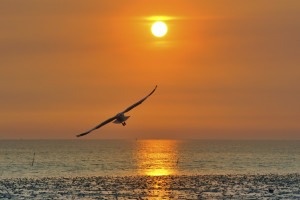 He was a gentleman who cared about his community.  He died while volunteering his time with an “Adopt a Road” campaign to clean up a stretch of Shannon Lake Road, in West Kelowna.

Had the 74 year old passed away from natural causes, those close to him might take some solace in the fact that he was taken from this world in the act of such kindness to our community.

He did not die from natural causes, though.  He was killed.

When I told my wife that I intended to write about this most recent traffic related death, she as much as pleaded with me to not make the young man feel any worse than he must already feel.

The young man she was referring to is the one piloting the 5,000 pound projectile that struck Stu.

He was probably speeding.  How else could he have lost control on a residential street in the middle of the summer on dry roads.  There was a sign warning of volunteers working, which was obviously ignored.

I saw a photograph of the young man, head hung in obvious despair, the dented front end of his pick-up truck behind him.

He had no idea that this could have happened.  He was probably driving in autopilot, like most of us, not paying much attention to the road or to his speed.

There was nothing terribly unusual about his driving behaviour.  Nearby residents complain that traffic regularly speeds down that stretch of Shannon Lake Road.  The majority of us drive in autopilot, our minds on something else instead of being focussed on the road.  Signs warning of workers on the road are regularly ignored.

If he could turn back the clock, he would.  If he could re-drive that stretch of road, fully appreciating the enormous responsibility of piloting a 5,000 pound projectile, he would have been driving the speed limit as he came upon the warning sign.  On seeing the sign, he would have slowed right down, knowing that there were volunteers working along the road ahead.  He would have focused his attention on driving.  Stu would still be with us.

The deaths make the news.  There are car crashes every day that don’t, or are reported in such a way as to minimize the seriousness of injuries.  We can’t see the sprains and strains to necks and backs that happen every time there is a crash, often resulting in a lifetime of chronic symptoms.  When people walk away from crashes, the media tends to report that there were no serious injuries.

The young man will carry the emotional burden for the rest of his life.  Now that he fully appreciates the seriousness of driving responsibility, I expect that he will be one of the safest drivers out there.  He will focus his attention on the road.  He will drive an appropriate speed.

What will it take for the rest of our community to follow suit?  Must each of us cause permanent physical injury or death to another human being before we fully appreciate our driving responsibility?

I see an opportunity.  Stu’s death could become his last generous gift to our community.  Perhaps a billboard dedicated to Stu could be created and maintained as a constant reminder that we must take much, much greater responsibility for our driving.  The young man who caused this death, and those close to Stu, could redirect their emotional pain towards changing driver attitudes, perhaps giving presentations at local schools about the huge responsibility that we should be recognizing when we take our place behind the wheel.

If done effectively, crash statistics could fall dramatically in our community.  We might never have to suffer another loss like this one.  Less of our friends, neighbours and family would suffer life-altering injuries.  We could feel safer driving our children to soccer practice.

I challenge us all.

If I can get out of a scheduled Examination for Discovery, pertaining to a head-on crash that caused serious injuries to one of my clients, I will be at the Anglican Church on Main Street in Westbank, beside the Community Centre, on Thursday, July 28, 2011 (the day this is published), at 10:30 a.m. to join the community in mourning Stu’s death.