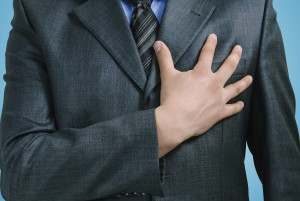 As much as we would like everyone to think that way, the reality is that we learn very early that truthfulness is more important at some times than at others. It’s about consequences, risk and return.

If there is no punishment for taking cookies from the cookie jar, cookies will disappear. It’s not until much later, if at all, that we might resolve to be truthful just for the sake of it. Some people think that the consequence of being untruthful when applying for insurance is that an insurance company might see through it and not issue the policy.

Either that, or it will find out at some point and cancel the policy. Those people think that being untruthful when applying for insurance is without consequences if you are given a policy and it is not cancelled. That’s a dangerous way to think.

The company doesn’t do any independent investigation to ensure you have been truthful in your application, at least not at that point. It sits back and collects premiums month after month, year after year. It’s not until there is a loss that the company will investigate—and investigate it will.

If you were untruthful in your application, even if it was 20 years ago as can be the case with a life or disability insurance policy, I can almost guarantee you (or the family you leave behind) will never see that cookie.

The law says that when you apply for insurance, you owe the insurance company a duty of good faith.

Obviously, that means you must be truthful with your application. If you fail to do so, it won’t matter how many years the insurance company collected your premiums. Your claim will be denied.

It won’t matter that you were untruthful about something completely unrelated to the loss, i.e. you failed to disclose that you are a smoker but you are disabled in a car crash, for example. Perhaps that’s justice. After all, you were the untruthful one.

A difficulty I have with that, though, is that it is not common knowledge how critical it is to be absolutely truthful with your insurance application. Going back to the cookie jar analogy, it’s like the cookie jar is left sitting out there, easily accessible, without the warning that there are very serious consequences if you attempt to take a cookie.

Then there’s the fact that this results in insurance companies lining their pockets even more. I expect an unfortunately large number of people are not entirely truthful when they apply for insurance.

The way insurance works is that a large number of people purchase policies to protect them from huge losses arising from unlikely events, like a house burning down. The company collects all those premiums, knowing there’s a lack of complete honesty and knowing they won’t have to pay out on those policies.

From the insurance company’s perspective, the more people who are not perfectly honest in their applications, the better.

My hope is that by sharing the critical importance of being totally up front and honest when applying for insurance, such injustice will be avoided, regardless of how you look at it. It also goes back to the initial point though, which, the more time I spend on this earth the more it rings true—it’s important to be truthful all the time.