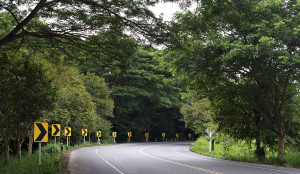 You have the misfortune of being injured in a multivehicle crash. You settle your claim, and then three years later you are sued by one of the other motorists.

You didn’t do anything wrong to cause the crash, and the motorist who sued you was speeding and did play a role in causing the crash. It takes another 2 1/2 years before the case is discontinued against you.

It can be upsetting being sued for something that isn’t your fault. What if some legal hocus-pocus results in the facts being turned on their head and a finding of liability against you?

As bizarre as the sequence of events may seem, it is a true story.

I was approached, as a columnist, to explain it. It seems horribly unfair and even dishonest to bring a lawsuit against a motorist in a multivehicle crash who was not at fault.

Things are not always as they seem. I don’t know all the facts of this case, but I can tell you that I include innocent motorists in car crash lawsuits on a regular basis.

My motivation for doing so is not dishonest, though. Rather, it is to prevent an insurance company from squirming out of paying what I consider fair compensation to my injured client. It shouldn’t be necessary.

Because of the motor vehicle liability insurance monopoly in British Columbia, the insurance company paying the claims is the same, regardless of who causes the crash.

It shouldn’t matter who is named in the lawsuit. The way our laws work, however, it does matter. If you fail to name a responsible party in a car crash lawsuit, you risk saying goodbye to some, or all, of the compensation that you would otherwise be entitled to.

You may be really, really sure which motorist caused a crash. You saw it with your own eyes. You clearly remember which motorist was facing a red light and which was facing a green. You tell your lawyer that the one facing the red is the one who was at fault.

A lawsuit is started. Four years later, there is a trial. You are still really clear about what happened. The other witnesses, however, are less so. The insurance company puts everything they’ve got into proving that the driver facing the green light was really the one who caused the crash.

The court is swayed. The case is dismissed against the driver you sued. Why would the insurance company do that? Isn’t it going to have to pay regardless of who is found to be at fault?

It is standard practice for personal injury lawyers to name all drivers as defendants in a car crash lawsuit.

This avoids the unfairness that can arise if the driver we name, who we think is at fault, is found at trial to not be at fault.

The fact that all drivers are protected by insurance means that none of them face any personal financial jeopardy. It’s a shell game.

The dollars required to provide compensation for the injured victim come out of the same very deep insurance company pocket regardless. The collateral damage arising from this standard practice is that some completely innocent motorists are sued.

I deeply regret the distress this may cause and hope those innocent motorists are reassured that the insurance company will take care of everything, just like they do for the guilty ones.

The unacceptable alternative is the risk that another innocent motorist is deprived of compensation for his or her injuries.