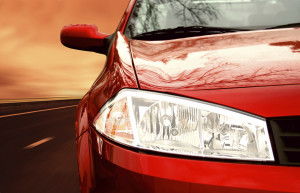 Next to your home, a vehicle might be the largest purchase you make in your lifetime.

Some people purchase brand new vehicles, even though they depreciate thousands of dollars as they are driven off the lot.  Others get a better bargain by finding well cared for used vehicles.

If purchasing a used vehicle, one of the most important questions to ask is if it has been in a crash.

As good as the repair shops are, there is often something that is not quite right after a significant repair.  With my 2004 Honda CRV, it’s the sensor in the back door.  About 50% of the time, I can’t lock the CRV with my key fob because the sensor fails to sense that the back door is closed.  I grit my teeth as I go back there to open and close the door to trigger the sensor.  My step-daughter, who years ago caused the damage, tells me I should just go back to the shop where I had it repaired.  I’ve done that.  The problem resolved for a period of time and then resurfaced.  It’s one of those “car gremlins” that are not so significant that they warrant trip upon trip back to the repair shop, but are irritating as all heck.

Then there’s the slight difference in how the repaired panels of a car “weather” compared with the original panels.  I remember that happening with the little hatchback my wife owned when we first met.  It was a smart looking, shiny red car.  You would never know that it had been in a “hit and run” collision.  Over time, though, the panels that had been replaced began to lose their shine faster than the rest of the car body and that little car started to look trashy.

When friends of mine were recently in the market for a used car, they drove down to a dealership in Penticton to have a look at what seemed like a screaming good deal.  Fortunately, British Columbia law requires the seller of a used car to declare if there has been damage costing $2,000.00 or more to repair.  This little detail was sprung on them after they were reeled in.  The reduced price wasn’t so much a “screaming good deal”, but rather reflected the reduction in value that everyone knows occurs after a vehicle has been in a significant collision.

You will pay a little less for “damaged goods”, no matter how good the repair might have been.  You will also get a little less if you try to sell such a vehicle.   That reduction in value is called “accelerated depreciation”.  It’s as obvious and automatic as the depreciation in value when a brand new vehicle rolls off the lot.

I wonder: For those of you whose vehicle has been damaged as a result of another driver’s negligence, requiring a repair costing more than $2,000.00, has the insurance company ever offered you anything to compensate for the “accelerated depreciation” loss of value to your vehicle?

Yes, it was a sarcastic, rhetorical question.  Of course not.

Could you force them to, just like you can force them to compensate you for your injuries, expenses, income loss and other losses arising from the crash?

A new decision of our Supreme Court has affirmed that the answer to that question is a resounding “yes”.  It is a March 25, 2014, decision of Mr. Justice Punnett which you can find online by searching “Pan v. Shihundu”.

The plaintiff, Mr. Pan, had purchased a used 2004 BMW M3 for $30,000.00 in 2008.  His lawyer brought in a vehicle appraiser who provided an opinion that the car would have been worth $19,000.00 if it had not been damaged.  Even though the repairs had been up to industry standard, the appraiser’s opinion was that the vehicle was worth $4,000.00 less because it had sustained significant damage.

Mr. Pan still owned and drove the vehicle.  He claimed for the difference in value between his “damaged goods” vehicle and what his vehicle would have been worth had it not been damaged.

Don’t wait for the insurance adjuster to offer compensation for this loss.  It will never happen.  Start the negotiations by handing over a copy of this column.  If you want the names of a couple excellent automobile appraisers to help you prove the amount of the loss, send me an e-mail.