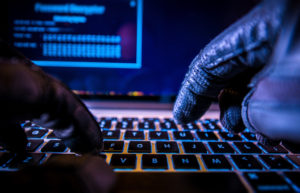 A deer caught in the headlights, the 44 year old in the video complies with the request.  The much younger woman he is meeting, Chantal, then introduces herself: “I’m Chantal, with Creep Catchers…”

He had expected to meet with someone much, much younger.

Chantal portrayed herself online as a 14 year old girl.  A disturbing texting exchange between the two, published online along with the video, gives the play by play leading up to the meeting.

It was no innocent encounter.

The texting starts with the man confirming her age as 14.  Within a few minutes, he sends a photo of himself wearing only underwear.  Later, he sends photos of his penis.

He asks her to reciprocate.  He starts asking for a picture of her naked, then asks for pictures with only a bikini or bra and panties.

Far from leading him on, Chantal portrays as an innocent young girl who feels her parents don’t care about her, looking for someone to talk to.  When asked if she masturbates, she responds with: “That’s personal”, and “I’ve never even talked like that before”.

When she reveals her sad feelings about her parents not paying enough attention to her, he responds with “Awe thats sad”, followed immediately by “What about me teaching you how to have sex?”.   Chantal’s responses: “idk maybe, I think it’ll hurt”; and “I’m nervous to have sex”.

His texting focus is on the two of them getting together.  If anything, Chantal portrays reluctance.  She refuses his suggestion that she skip school.  When he proposes a 10:00 p.m. meeting, she responds:  “It’s a little late but okay”.

So there they are at the scheduled meeting, sitting across from each other on an outside patio.

Chantal lays into him.  Every time he tries to deny the full extent of what he’s done, Chantal verbally smacks him down, reminding him that she has the chat logs.

She explains that a majority of the young girls on whatever internet site he was on are there because they are not getting love at home where they should be.  She accuses him of taking advantage of that vulnerability.  She very poignantly shares her own story of that dynamic leading to herself having a sexual encounter with a man when she was 14 and how “it ruins you”.

He is reduced to an apologetic, pathetic, broken man, exposed in his sexual aberration as if he was sitting there, naked.

On his commitment that he will never do this kind of thing again, she commits to sending him contact numbers for free counselling and support group services so that he can get help.

He is obviously hopeful that his commitments will keep this “sting” confidential.  His plea about not wanting this to get back to his wife falls on deaf ears: “What, is it going to ruin your life?  But you were just about to ruin a little girl’s life”.

The video was published September 9, 2016.  By now, his whole world knows.  I cannot help but feel sick to my stomach with empathy about the devastation ripping through his life:  marriage; employment; friends; relationship with his 16 year old daughter.

Yes, a 16 year old daughter.  That, and hearing Chantal share her own story,  work as a stomach stabilizer.

According to the media, police forces are against this “vigilantism”, which has hit the media recently with high profile “stings” involving a former British Columbia deputy sheriff, and a Surrey RCMP officer.

Absolutely, this kind of thing is dangerous as all hell.  Someone is going to get hurt, or worse.  There is risk of mistaken identity and unfair “outing” which can cause unjust devastation.

Also, it’s possible the RCMP would have nailed this fellow independently.  Perhaps the evidence obtained by Chantal will be completely useless in a criminal prosecution, and she has compromised any prospect of this fellow facing criminal consequences.

But in this very particular situation, where the “creep catcher” had herself been a victimized 14 year old girl, and where nothing was done to “entrap” the fellow in our common sense of the word, it seems to me that justice has been served in about as swift and effective a manner possible.

I am reluctant to offer any level of endorsement for the creep catcher movement, but I confess feeling a sense of security, for the safety of my early-teen daughters, that Chantal in particular is doing the work she is doing.