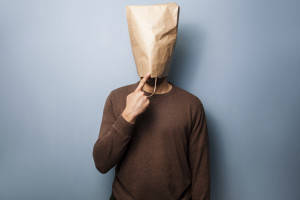 I don’t have the opportunity to meet with a whole lot of family doctors in my personal injury practice.

I do get to know about a lot of them through my clients, though, because every one of my clients has dealt with a family doctor.

Family doctors are like every other professional. There are exceptional ones and those who are not so exceptional.

What makes a family doctor exceptional? It’s the stuff that makes any other service-provider exceptional. It’s the “going-that-extra mile” for his or her patients. It’s spending the extra time to jump through the ridiculous hoops in order to try to get a patient health benefits.

It’s refusing to bow to the pressure of an insurance company that wants the doctor to agree that ongoing treatment is unnecessary.

There is a family doctor in Kelowna who received a compliment unlike any I could ever conceive of. Have you ever heard of www.ratemds.com? It’s a website where you can give your candid impressions of any doctor, anonymously.

Looking this guy up, you’d think that he was Mother Theresa reincarnated. The compliment I am referring to, though, did not come from the website. It was from an insurance adjuster. How admirable of the adjuster.

Doctors who go that extra mile cost insurance companies money. Why would an insurance adjuster give such a doctor a thumbs up? I apologize for leading you along.

The truth is that the insurance adjuster wasn’t so much giving this impressive doctor a thumbs up. He was actually giving two enthusiastic thumbs down.

It was the last consultation an injured lady was going to have with her insurance adjuster.

From the beginning, the adjuster was trying to convince her to stay away from a lawyer.

During the last consultation, this victim of a serious motor vehicle crash made it clear that she was not going to take that advice.

Facing the reality of his failure, the adjuster gave her some other advice. First, get rid of her family doctor. His explanation—the insurance company hates him.

That was the compliment I was referring to. I haven’t yet passed the compliment on to the family doctor. Do you think he will be angry? Or will he take the “compliment” for what it is?

The insurance adjuster didn’t stop there with his advice. He also gave some advice about the hiring of a lawyer. Whatever you do, he said, don’t hire one particular lawyer in the Okanagan.

“If you hire him, ICBC will get their back up from the get go,” he explained. The lawyer’s initial reaction wasn’t so positive. His initial thought was one of self preservation. That nasty insurance company. They are trying to put me out of business, thought the lawyer.

It didn’t take long to hit home that this lawyer should take the adjuster’s advice as a compliment, just like it was to the family doctor.

See, the insurance adjuster’s advice was one of the things that led the injury victim to the lawyer.

Rather than being dissuaded, the lady recognized the adjuster was deliberately trying to lead her astray. It was his thumbs down that led to her give the lawyer a thumbs up.

A client of mine has recently drawn an analogy that I am attracted to: An injured victim is like a fly who gets drawn into the web of the insurance adjuster spider.

Please, make sure that you or people you care about who may have been injured in a car crash don’t get caught up in the web. Don’t rely on the adjuster, get legal advice.