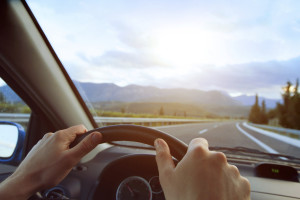 I read commentary on a couple of news stories this week that our political representatives should take note of.

In the newspaper world, you send your comment to the editor to go in the next publication as a letter to the editor.

In the internet world, comments can be submitted on the spot and a moderator can approve and post them within minutes of the news story going live.

There might be dozens or hundreds of comments attached to one news story.  As well, those reading each column can express approval or disapproval with the click of a mouse.

Unlike letters to the editor, these internet comments often seem to lack much thought or care, but the sheer volume of commentary, along with the approvals/disapprovals, offer a compelling indication of public opinion.

There are two current news stories that could not be more different, but share a common thread of commentary.  One is the gangland shooting in Kelowna that left a gang leader dead and a “full patch” Hell’s Angel fighting for his life.  The other is a Vancouver bicyclist fighting a ticket for failure to wear a helmet arguing that mandatory helmet laws are unconstitutional.

The common thread of commentary is the suggestion that we should bear a financial responsibility for our dangerous conduct.  The Hell’s Angel who chose a life of violent crime should pay for the expensive medical care he is requiring as a result of that choice.  Those suffering a head injury as a result of the choice not to wear a helmet ought to do the same.

Our universal medical system is very expensive to operate.  Pass some of that expense on to those who make dangerous choices that contribute to the expense and we should end up with safer choices and a lower cost medical system.

There would be less injuries and taxes would go down.  What a beautiful thing.

To some extent, this already exists in British Columbia.  Search “third party liability” in the Government of British Columbia web site and you will be taken to an explanation of the Health Care Costs Recovery Act that came into force on April 1, 2009.

This novel piece of legislation allows the Government to recover the health care costs paid to treat injuries caused by negligence in the Province of British Columbia.  As you will read at the end of this column, though, not all negligently caused injuries are captured by the legislation.

It has always been the law in British Columbia that if you are injured as a result of someone’s dangerous choices, or “negligence”, you can sue the negligent person to recover fair compensation for your losses.  That fair compensation is referred to as your “claim”.

Even though your claim is paid by an insurance company, not by the negligent person directly, this compensation based legal system has an impact on our choices.  We make safer choices to avoid claims that will increase our premiums.

The thing is that with our universal medical system, you don’t have to pay for the care you receive in the hospital, for your visits to your doctor, or for a lot of other medical care, so those expenses are not included in your claim and are not passed on to the negligent person’s insurance company.

Your claim includes only a portion of the losses arising from your injury.  Until April 1, 2009, the taxpayers of British Columbia were essentially subsidizing the dangerous choices of negligent people by paying the other portion.  Good on our political leaders for removing that subsidy.  With the full cost of negligent conduct being passed on to the insurer, higher financial consequences will be passed on to the negligent wrongdoer and there will be a higher incentive to make safer choices.

If you have a look at the Government of British Columbia web site, though, you will see that the Health Care Costs Recovery Act does not apply when the insurance company is ICBC.

Why is that?  Are taxpayers subsidizing crash claims just like we used to subsidize claims arising from other negligent behaviour?

Perhaps if the full cost of negligent driving is passed on to negligent drivers through insurance premiums, including expenses paid for through our universal health care system, there will be more of an incentive to make safer driving choices.

I know, the last thing we want is higher auto insurance premiums.  The thing is, we’re paying the expense of our medical system one way or the other.  I say attribute the expense appropriately to help encourage our drivers to make safer driving choices.