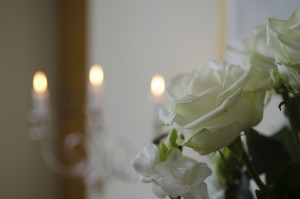 I was able to make it to Stewart Tuningley’s funeral on July 28th.  It was a beautiful tribute to a beautiful man who had given so much of himself to his church and to his community.

There were more people than the Anglican Church in Westbank could accommodate, even with the sides and back of the church clogged with those of us who didn’t arrive in time to get a seat.

In my column that week, coincidentally published the day of the funeral, I expressed my hope that Stewart’s death could become his last generous gift to our community, bringing awareness to the lack of responsibility many of us take when piloting a several thousand pound projectile.

I suggested that a billboard could be erected in his memory, and that perhaps the young man whose irresponsible driving caused his death might choose to direct the emotional pain he must be carrying to giving presentations in local schools to have a positive effect on driving attitudes.

I feel enriched to have learned a little bit about Stewart as I listened to those close to him share about his life.  I learned that the volunteer “Adopt a Road” garbage clean-up work he was doing at the time he was killed was characteristic of how he lived his life.  I learned about what a great loss his death is causing to his family, friends, church, and broader community.

I have made it my life work to achieve fair compensation for losses arising from irresponsible driving.  Even though the compensation is paid for by an insurance company, there is an accountability that comes from the consequence of increased insurance premiums faced by the negligent driver as well as the increased insurance premiums faced by the entire driving community that should result in a smartening up of driver attitudes.

Perhaps, but our laws do not provide for it.

In British Columbia, there is no accountability for a senseless crash that takes a life unless there is a financial loss.  Mr. Tuningley was retired.  He was an unpaid volunteer.  His family will suffer no financial loss arising from his death.  The “pain and suffering” compensation you are entitled to if you are injured is not available if someone close to you is killed.

This bizarre reality has to change.  I have become aware of a group of family and friends of those killed by wrongful acts who are taking steps to change the law.  The Wrongful Death Law Reform Group, facilitated by a Lower Mainland lawyer, Don Renauld, is working to address the lack of accountability.

I have seen a draft of a piece of legislation that this group wants passed into law, called the “Wrongful Death Accountability Act”.  The proposed legislation has not been released to the public yet, but I expect it will be leading up to an awareness event scheduled to occur on September 25, 2011, at the Vancouver Art Gallery on Robson Street in Vancouver.

I would like to see a similar event occur in the Okanagan at the same time.  I invite friends of Stewart Tuningley or anyone else who may have lost someone due to a wrongful act to come together with a common voice on Sunday, September 25th.  Anyone interested in taking part, please e-mail me and I will issue a group e-mail to all interested if a location and time are sorted out, and mention the place and time in another column leading up to that event.