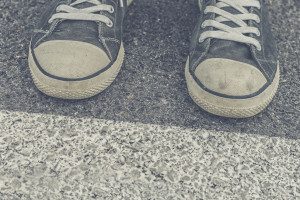 In law school, I was taught that it is best to sue everybody when commencing a lawsuit. It isn’t necessary in most cases. By “most cases,” I mean cases where the injured victim is not being blamed for causing the crash.

Here’s an example. Little Miss Muffet is riding as a passenger in a taxi. The taxi is approaching an intersection. An oncoming driver in one of those big monster-wheel trucks is waiting for the cab to pass through the intersection so that he can make a left turn.

The light turns yellow for the cab driver, but instead of stopping, he speeds up to make it through before the light turns red. The monster truck driver sees the yellow light too, and guns it as well.

Both drivers are likely to blame for the resulting crash.

There is no way even an insurance company could point at Little Miss Muffet as being responsible. She was just sitting there on her cute little tuffet watching for spiders. Where the victim is not blamed, anyone who contributed to the crash occurring is individually responsible for 100 per cent of the loss.

The injured victim will recover 100 per cent of his or her losses even if only one of the responsible parties is named in the lawsuit. Both the cab driver and the monster truck driver are each responsible for Little Miss Muffet’s losses. She could achieve 100 per cent recovery for her losses by naming only one of them in the lawsuit. This, in legal circles, is called joint and several liability.

Does that sound unfair to you? Don’t worry. Both drivers have liability insurance, as is required of everyone in B.C. Further, the comical reality is they both have the same insurance company, because the Insurance Corporation of British Columbia has a monopoly on liability insurance in this province.

In a technical legal sense, the driver named in the lawsuit would bring the other driver into the lawsuit by way of something called a third party notice, claiming that he should also share the burden. That bit of procedure would have no bearing on the injured passenger, though.

She doesn’t care who is found the most responsible. The insurance company can fight with itself over that one. Things change dramatically if Little Miss Muffet might have contributed to her losses.

What if she had her seat belt under her arm instead of over her shoulder so that she could make a quicker get-away if a spider came along?

If the Muffet names only the monster truck driver as a defendant, and he is found to be 45 per cent at fault, then she recovers only 45 per cent of her losses. This is the case even though it is only the insurance company that profits because, had the taxi driver also been named, the insurance company would be on the hook for that driver’s share of the blame as well.

Often, it is impossible to foresee with certainty at the beginning of a case how liability will shake out at trial. In order to protect as much as possible against a horrendously unfair result, it is important to always name everyone who could possibly be found at fault in the action, just in case the insurance company manages to toss any of the blame onto the victim.

A better alternative might be to lobby the government to change what, in my view, is an unfair law.

In my view, drivers who contribute to a victim’s injuries should remain jointly and severally liable even if the victim is found in any way to share the blame.