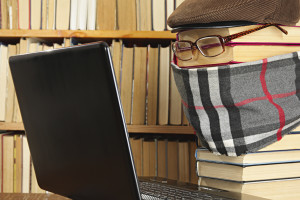 They cheated, plain and simple.

It was bad enough that the injured victim of a car crash was forced to go to trial to get fair compensation from the insurance company. Worse was the fact the Goliath in this David and Goliath story— the insurance company that has a monopoly on motor vehicle liability insurance in British Columbia—cheated.

And it was the kind of cheat that could easily have gone undiscovered.

Some brave soul blew the whistle and if I could, I would like to shake that person’s hand. How did the company cheat?

The lawyer acting on behalf of the Insurance Corporation of British Columbia, with the assistance of the insurance adjuster, committed a serious breach of the personal privacy of the eight members of the jury by researching their insurance claims histories.

A transcript is not available as I type this, but the B.C. Supreme Court judge who is the case, told the court last week it was inconceivable the claims histories had been researched for any purpose other than for the insurance company to gain an advantage.

In my efforts to obtain fair results for my clients, I face an unfortunate public perception that further victimizes them. Car crash victims are notoriously viewed with suspicion and contempt, as if they are trying to bilk the system.

They end up feeling like criminals when all they are looking for is fairness. They wonder why it is that they need to go on trial when all they want is what’s fair, no more and no less.

If only the truth were known. It’s not the boy with the sling-shot who needs to be watched like a hawk, it’s mammoth insurance companies. What motivates companies to cheat?

Is it just too tempting to get that competitive edge? Is it really that far against the grain of an insurance company to act fairly?

I’ve said again and again in this column that insurance companies owe you no duty of fairness when negotiating the value of your claim. They will settle a $100,000 claim for $8,500, without so much as a twinge of remorse. In fact, the companies managers gets to toot their own horns once a year when massive profits are published.

So was this latest case an isolated incident where one lawyer had a temporary lapse in judgment and one insurance adjuster did as well? How naïve to even consider that to be the case.

Claims histories can be accessed with a series of computer mouse clicks. This is the first time, to my knowledge, an insurance company has actually been caught doing something that many of us plaintiff lawyers have strongly suspected has been widespread for years.

I believe it’s the tip of the iceberg. But will there be an investigation to expose the rest of what’s hanging below the surface of the water?