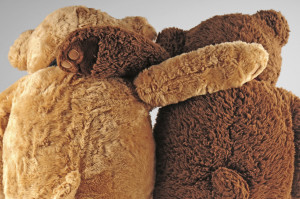 Thou shalt love thy neighbour as thyself.

Did you ever think you would see the above words in a legal column? As righteous a goal as it may be, I’m not trying to put Christ back into Christmas. The extent to which I could be considered a Christian, if at all, is by accident, not design. It has been quite some time since I’ve stepped into a church for something other than a funeral.

My dear brother, bless his soul, has read the Bible cover to cover. Not me. I pulled Matthew 19:19 off the Internet. I’ve been specifically warned by my proof-reader father that it’s bad advertising to confess my lack of religious affiliation, but I didn’t want to portray myself, quoting the Bible, as someone I’m not.

And anyone who has read this column over the years knows it’s not about advertising. I was puzzling recently about how I could work a Christmas theme into my last column of 2009, which marks the end of three years of writing weekly columns for the Westside section of the Capital News. My wife suggested that I have fun with a car crash scenario that involves Santa Claus and his sleigh. Maybe next year.

I’m going with another of my wife’s suggestions though. She pointed out the obvious recently, that I have been spending entirely too much time at the office and too little time with her and the kids. A bit of a “yes” man, I have a lot of trouble saying no. It is a constant struggle maintaining a reasonable case load because I feel horrible turning people away when they come to me for help.

If we all followed Matthew 19:19, there would be no more car crashes. My new case load would dry up completely. Perhaps I’d settle into the relaxed existence of doing real estate conveyancing full-time. My work load would also dry up if insurance companies followed the commandment, showing love for injury victims by willingly paying fair compensation. I would no longer have a purpose in crash claims. Of course, that will never happen because that would require them to stop loving their shareholders.

How would “love thy neighbour” end crashes? By neighbour, I don’t mean the fellow who lives next door. Neighbour has a much broader meaning in the commandment. In the context of driving, it would include anyone you might come across in your travels. As for “love,” let’s go with the Wikipedia definition: a deep feeling of tenderly caring for an-other person. How would you drive if you had a deep feeling of tenderly caring for the other drivers on the roads? Think about it.

Imagine the vehicles around you contain very close people in your life, be they your children, spouse, parents or friends. Imagine having a deep feeling of tenderly caring for every other driver. Road rage would be out. Everyone would have the utmost of courtesy and respect for each other. Imagine what a pleasure it would be during your daily commute if vehicles in the next lane made room for you immediately on seeing your signal. No one would selfishly put their hurried schedule ahead of the safety of those they tenderly cared for.

On icy roads, we would all take extra care to drive slowly enough to keep our vehicles in complete control. There’s no way we would be out on the road without good tires. We wouldn’t want to risk sliding into someone we had a deep feeling of tenderly caring for.

You wouldn’t have to even erect school zone speed signs, enforced with hefty fines. If we thought one of our own children might be about to dart out onto the street, we would automatically slow to a crawl. It’s selfishness that causes crashes. We care about our own wellbeing instead of the wellbeing of others.

We concern ourselves with avoiding traffic tickets while getting to our destination as fast as possible instead of concerning ourselves with the wellbeing of our neighbours. We daydream, failing to give our full attention to the road, instead of displaying tender care for the vehicle occupants around us. So, let me spend some more time with my family. Love thy neighbour as thyself.