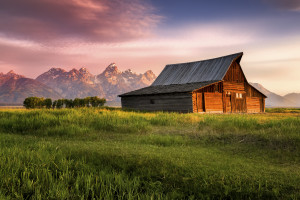 I grew up on a farm a few miles east of Melville, Saskatchewan. When I got far enough along in piano, I took the bus each week to Regina for lessons. When I got my driver’s license, the weekly bus trip became the weekly drive.

I remember one particular drive home from Regina because I missed my turn and ended up going a few kilometres out of my way. Missing a turn driving from Regina to Melville is no easy feat. It’s not like greater Vancouver where you have to pay attention to all the exits. In southern Saskatchewan you can watch your dog run away for days, and see your exit coming for miles.

I missed the exit because I was distracted. I had picked up a three piece chicken meal from KFC. My knee did most of the steering. It’s hard to eat greasy chicken with only one hand. Nibbling around small bones takes no small amount of attention. Not wanting to get grease all over the drink between my legs required frequent napkin use. The regular glances down to the console to dip fries in ketchup didn’t help either.

In my youth, doing other things while driving was a thing of pride. That might have stemmed from my early days of watching my father carefully load, tamp and light his pipe while behind the wheel of a car. That’s a tricky thing, by the way. I remember the careful handling of the Red Amphora package to avoid any spillage, pulling the right amount out to fill the pipe bowl. The knee on the steering wheel was a definite necessity.

Perhaps that’s part of the reason why so many people do other things while driving. Multitasking is seen to be a virtue in our society. Why waste time just driving when so many other things can be accomplished at the same time?

Cell phone use is the most notorious. Some people actually send text messages while behind the wheel, which requires not only one hand off the wheel, but also requires both eyes off the road. Some women do their makeup, many people eat and I expect most people drink beverages like coffee.

There was even the recent news of a woman who was caught breast feeding her baby while driving. As I have already confessed, I have been one of the worst offenders. So why is it offensive? If you can keep your vehicle between the lines and come to a stop at intersections, what is the problem?

We are lulled into a false sense of security. Let’s face it, once you get the hang of it, keeping a car between the lane lines takes very little attention. Situations requiring us to act quickly occur very rarely, particularly if we drive defensively. Some lucky folks avoid having a close call their entire driving careers.

Laws are coming on the scene to deal with the problem. Newfoundland and Labrador became the first province in Canada to ban the use of handheld cell phones while driving in 2003, while Quebec, Nova Scotia and Ontario moved in that direction in 2008. It shouldn’t take a government imposed fine to stop us from continuing to drive without our full attention.

It could just as easily have been a child on the highway as the exit to Melville that I missed that day so many years ago. Love thy neighbour and drive accordingly because the very best personal injury.