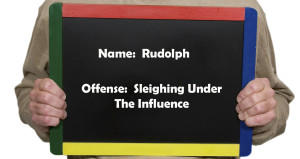 According to a December 22nd news report, a Salmon Arm man stumbled out of a pub, tripped over a curb and walked into a tree before getting into his car and taking off.  It was by the “grace of God”, if you’re into that belief system, that the drunken escapade ended with the drunk being the only victim of a single vehicle crash.

The Salmon Arm drunk is the tip of a very large iceberg.  How large?  A Ministry of Justice report available on-line indicates that that British Columbia police forces are issuing approximately 2,500 alcohol or drug related roadside prohibitions per month.

For every prohibition issued, an estimated 75 drunk drivers go undetected.  My calculator tells me that’s a total of approximately 187,500 drunk drivers per month.

It’s not all doom and gloom.  Good people are doing good things to help us stem the tide of resulting tragedies.

We owe a debt of gratitude to Paul Nesbitt and his team of “Designated Driver Dads” who have been helping to get our young adult children home from the bars in Kelowna since 2009.  What community heroes!  They volunteer their time during the wee hours of the weekends (1:00 a.m. to 3:00 a.m. every Friday and Saturday), helping keep our roads safe.  Pick up the phone and give him a call to thank him and his team for their amazing contribution – 250-862-6096.

We owe a debt of gratitude as well to the many volunteers of Mothers Against Drunk Driving and the important work they do.

Clearly though, from the statistics, the important efforts of those good people are not enough.

What if each of us took a step forward with our own, small, contribution?  I am not talking about a financial donation, nor about joining Paul Nesbitt and his team of generous volunteers.  I am talking about the smallest of steps that requires nothing more than a bit of awareness and courage.

Impaired driving is all around us.  Instead of turning a blind eye this holiday season, speak up for road safety.  Yes, it takes courage to challenge a friend, your mom or dad, a son or daughter.

Have the discussion before judgment becomes impaired with alcohol.  Bring up the subject of “getting home” at the beginning, rather than the end of the night.

Help our police forces.  MADD has been promoting their “Project Red Ribbon”, which includes a commitment to report suspected impaired drivers to the police.  It is an important commitment that could save an innocent pedestrian or motorist from a lifetime of injury consequences, or death.

If each of us takes one small step forward, together we will make a real difference.  I wish all of you a safe holiday season, and wish all of us a change in driving attitudes that carries into 2015.