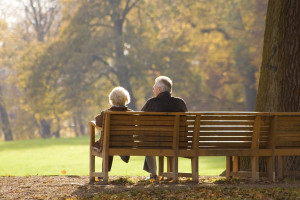 From my experience in dealing with them, seniors are the most likely to be taken advantage of by insurance companies.

I am not being ageist. And I am not intending to suggest that seniors are any less intelligent than those with fewer years under their belts. It’s a generational thing. They look at a financial settlement of their claim as “making money” off a car crash, and they want nothing of it. All they care about is their financial security.

They will gladly sign off on their claims on the basic assurance that their medical care will be paid for, now and into the future. They grew up in a culture where suing or being sued was unthinkable. Disputes were handled in a civilized way. You would never get a lawyer involved. If you did get a lawyer involved, you must be greedy.

That senior mentality frustrates me. Yes, it is a mentality that worked for them in a different time, and still has a place when trying to resolve marital disputes and how to deal with dividing the ongoing expense of a common fence between neighbours. It has no place in the world of personal injury claims. A lot of people “make money” off of car crashes, but injured victims aren’t among them.

Unlike those who profit from car crashes, the unfortunate human beings with the injuries are starting in a deep hole. They have suffered a loss and their best hope is to struggle to climb out of that hole. Some things have been taken away.

The only way that our society has come up with for restoring those losses is by providing financial compensation. There’s no such thing as an injured victim “making money” off of a car crash. It’s just about trying, as best as possible, to fill the void that was created by the negligent driver who caused the crash. I will often ask a senior how much money he or she would pay to take away the injury—essentially to turn back time and reverse the damage the was caused.

That question helps bring my point home because they realize, particularly given the fact that their health is everything, that they would pay pretty much anything to avoid living out the rest of their years with added car crash injuries to deal with. The insurance companies will never ask that question.

As much as lawyers may profit from car crashes, we would be put out of business if injured victims were offered even close to what I consider compensation for their injuries. The reality is that they never are. Insurance companies play the numbers and know they can save millions by relying on that senior mentality.

Those who accept lowball offers because they fail to appreciate they have suffered a compensable loss beyond treatment expense far outweigh the few who actually find out what their rights are.

Published May 23, 2010 in the Kelowna Capital News