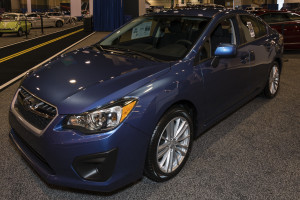 Each of us has a story about how cutting a financial corner has ended up costing more in the long run.

A Burnaby convenience store owner has a story that would blow all of ours out of the water.

A Supreme Court Justice wrote an important chapter of that story in his reasons for judgment issued in mid-August, 2012.  He said that the results of the case should serve as a warning.

It’s a sports car, purchased for the son.  The father is declared “principle operator” to save a few bucks; approximately 380 bucks to be particular.  That’s the “financial corner” that he cut.

The car is destroyed in a crash just over two months later, on December 28, 2009.  It is the son’s fault.  Father claims against the collision insurance he has purchased.

ICBC denied coverage, based on the father’s false declaration that he would be the principle operator, not the son.

Mr. Justice Verhoeven agreed with ICBC’s denial, providing the following clear statement of insurance law: “A contract of insurance is one of utmost good faith, and one cannot commit frauds or make wilfully false statements about the subject-matter of the claim without risking the loss of the right to indemnity.”

The father likely had no idea of the potential consequences of the false declaration.  In the view of Mr. Justice Verhoeven, the father’s false declaration to ICBC was “…almost certainly without any real appreciation that forfeiture of the insurance could result…”.  Sometimes, ignorance of the law can save you.  Not in this case.  Mr. Justice Verhoeven noted that “…ICBC does not have to prove that the plaintiffs were aware of the consequences of a misrepresentation…”.

It doesn’t stop there.

There was another vehicle involved.  The son was at fault in the crash.  The innocent occupants of the other vehicle were injured.

The magnitude of the injury claims is not discussed in the case, but the case did indicate that the claims are still outstanding.  With claims outstanding approaching three years after the crash, they are likely significant.

ICBC will pay those claims, which may be 10s or 100s of thousands of dollars, regardless of the forfeiture of insurance.  ICBC will then seek reimbursement from the son whose insurance was forfeited by the $380.00 false declaration.

The 22 year old son likely has no assets, though, in which case ICBC will be able to go after the father who shares liability as a joint owner of the vehicle.

Serves him right?  Yes, he lied.  Yes, he cheated.  Had he been caught trying to steel $380.00 worth of merchandise from a store, though, the consequences of that behaviour would have been much, much less severe.  I wonder if he would even have ended up having to pay a fine.

Had the father properly declared that his son would be the principle operator, the insurance would have cost an additional $380.00.  Cutting that financial corner resulted in ICBC saving over $40,000.00 with the denied collision insurance claim and perhaps hundreds of thousands of dollars of injury claims.

By putting resources into uncovering false declarations after a loss occurs, ICBC gets to collect the insurance premiums from British Columbians unaware of the consequences of providing a false insurance declaration, while escaping liability when a loss occurs.

Perhaps ICBC ought to be more forthright than they already are about the severe consequences of a false insurance declaration.  The words “…your claim is invalid if at any time you fail to provide complete and accurate information…” are printed in bold, directly above your signature, but I doubt anyone actually reads those words any more than I do!  In fact, it was a very good friend, former insurance sales person, who brought those words to my attention when she read my first draft of this column.

Perhaps we should all be honest and forthright in everything we do.  It’s what our mommas taught us, after all.