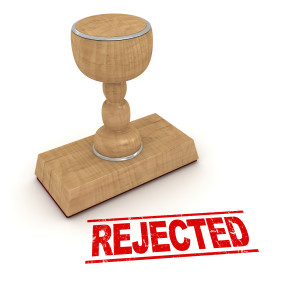 On the one hand, it is such complicated stuff that even judges can get it wrong.  On the other hand, it is about as simple a concept as could be imagined.

Let’s say that you already have a bad back before being the innocent victim of a crash.

Earlier in your life you had suffered a back injury that resulted in pain so bad you couldn’t work.

That disabling pain had settled down, though.  It didn’t go away completely, but it was manageable with over the counter medication. You were able to return to work, and to do so full time for the better part of a decade leading up to the crash.

That previous back injury had taken a toll on your spine.  An x-ray taken before the crash shows all sorts of wear and tear that the medical community calls “degeneration”.

The rear-ender crash that the insurance company calls “low velocity” was enough to trigger a return of the serious pain and disables you from work.  This time, the pain does not settle down.  This time, you are left with permanent, disabling pain.

You make a claim for fair compensation for your injuries.  The insurance company representing the rear-ending driver sends you to a specialist.  The specialist says that sure, there was injury caused by the crash, but that injury should have resolved quickly.  Your ongoing, disabling pain is a direct result of the degeneration.

Does that mean that the insurance company can deny your claim?

The thing is that an insurance company’s denial of your claim doesn’t mean that your claim is invalid.  Insurance companies deny valid claims all the time.  It makes good business sense to deny claims.  Many, if not most, injured victims with valid claims won’t know any better and will go away.

If it wasn’t for the crash, your back symptoms would have remained manageable.  “But for” the crash triggering a return of your disabling back pain, you would have continued on just fine with only over the counter medication.

On the other hand, If you had not suffered that previous back injury and had not been left with all that degeneration in your spine, the injury from the crash would have resolved completely.

The law is crystal clear on this point.  A negligent driver (and by extension the driver’s insurance company) must compensate an innocent victim for all losses that would have been avoided had the crash been avoided.

It is no defence to say that you were more susceptible to suffering those losses than another, healthier victim, who did not already have a bad back.

That’s fair, right?  It’s not your fault you were in the crash.

What if, though, that bad back was bound to get worse at some point.  Perhaps it would have held out for another ten years, and then the disabling pain was bound to return.

A very recent discussion of these legal principles is contained within the August 2, 2011, decision of our Court of Appeal in Farrant v. Laktin.  If you have difficulty finding that case on the British Columbia Supreme Court website, e-mail me and I will send you a link.

Oh, and if you are one of the many who have been screwed by an unfair insurance company denial of your claim, please spread the word to avoid others suffering he same fate.