You can run. You can hide. But if your witness testimony is required to meet the ends of justice, you cannot escape the courtroom. 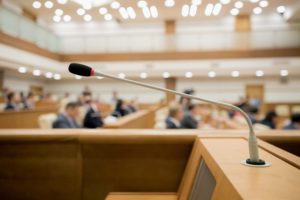 I’ve issued subpoenas to many witnesses, but had never encountered a witness who evaded service.

My client was in a classic “he said she said” nightmare about what happened in a collision between herself, on a bicycle, and a motorist.

The motorist had given the true version of events to an ICBC adjuster (who has since retired) shortly after the collision. I knew that because of notes of that discussion within the ICBC file materials.

That version of events changed over time. He was elderly, and the shifting story can be explained by his deteriorating memory.

The ICBC file notes were not enough. I needed that former adjuster to attend the trial and tell the court what the motorist had said.

He had agreed to talk to me by telephone. And he impressed me as someone for whom justice was important. I did not expect a difficulty getting him to attend the trial.

But when the process server showed up at his home to serve the subpoena, he ran and hid.

He ran from the back porch to the garage, locked the door and did not answer when the process server called out to him.

Later, he ran back to the house with a ball cap covering his face. The process server could see through a window that he had entered the laundry room, shut off the light and then crawled across the floor to avoid being seen.

He probably didn’t know that if a witness is evading service, the court will allow service in a different way. I obtained an order allowing service by taping the subpoena to the front door of the residence.

But he didn’t show up to the trial as directed by the subpoena.

He also might not have known that failing to attend as directed by a subpoena can come with consequences. I was left with no alternative but to request a warrant to be issued for his arrest.

The happy ending to this story is that the ICBC defence lawyer agreed to admit the key evidence I needed from that witness so the warrant became unnecessary.

Witnesses are absolutely critical to justice, which is why we have procedures that will go to the extreme of arresting an important witness and bringing them before the court to testify.

That extreme end of the process is rarely necessary in a personal injury trial.

And if an important witness is arrested, spends a bit of time in jail awaiting processing and is hauled into court to give evidence, how helpful to do think that witness might want to be?  They might feel inclined to be dishonest in the witness box as a punishment for forcing them to be there.

Dishonesty in the witness box is a criminal offence. An offence that comes with consequences that go far beyond a slap on the wrist.

Next week I will provide examples of sentencing decisions where witnesses have lied under oath.