Spring has sprung and we can expect more and more cyclists on the roadways. I am going to share vehicle / bicycle collision scenarios that came up in case law research I have done, to raise awareness about how we might prevent those collisions. 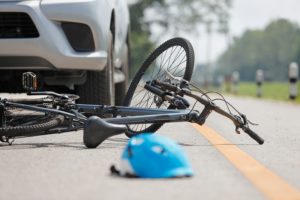 When I say I’ve done “Case law research”, I mean that I’ve searched for, and read, a number of legal decisions where judges were faced with deciding the liability (who was at fault) aspects of injury claims.

It was interesting reading!  There is much more than laying out directions of travel and the rules of the road. I will be giving only very brief nutshells from often lengthy and detailed analyses and I encourage you to click on the links I provide to get the full picture.

In each of the scenarios I provide, the collision would have been avoided had the motorist met the standard of driving care we reasonably expect of motorists. If we motorists learn from the scenarios, collisions with cyclists would be drastically reduced.

But correspondingly, each collision would also have been avoided had the cyclist been taking reasonable care for their own safety. Hopefully cyclists will learn from the scenarios as well.

In my view, there is a higher moral onus to take care not to hurt others. But of course looking after our own safety is incredibly important as well!

The scenarios, which will take more than one column to get through:

The first scenario is the subject of the decision of Mr. Justice Brown in Dobre v. Langley, 2011 BCSC 1315.

The cyclist, Mr. Dobre, rode his bicycle up to a pedestrian crossing. He stopped, straddling his bicycle, looked both ways and pressed a button to activate flashing crosswalk lights. He had seen the approaching motorist and reasoned that she was far enough away to give him no reason for concern, particularly with the warning given by the flashing lights. He re-mounted the bicycle and pedaled slowly through the crosswalk. He determined at the last moment that the motorist was not going to stop and pedaled hard, almost getting out of the way, but the rear wheel of his bicycle was struck as he was approaching the centre line of the road.

The judge noted that since Ms. Lang had not seen Mr. Dobre at all before impact, it is unlikely she would have seen him had he chosen to walk instead of ride through the crosswalk.

But he reviewed the law and other legal decisions that stand for the principle that “Once a cyclist chooses to ride on a sidewalk or crosswalk, they take upon themselves a heightened duty to ensure drivers see them and to ensure their own safety”.

Applying that principle to the facts of the case he considered how Mr. Dobre could have discharged that heightened onus: “In the circumstances of this case, particularly Mr. Dobre’s decision to ride across the intersection crosswalk, which heightened his duty of care, he either should have waited longer at the curb to ensure the defendant was responding to the pedestrian warning lights, or at least have more carefully monitored the defendant’s approach to ensure he could proceed safely. Had he noticed sooner that the defendant was not reducing her speed, he likely could have gotten completely ahead of harm’s way. Mr. Dobre’s decision to ride his bike across the intersection, and his resulting heightened duty, required at least those simple steps to maximize the chances the defendant was noticing him and to ensure his own safety.”

The end result was a finding of 15% contributory negligence against Mr. Dobre. As a result, he recovered only 85% of fair, financial compensation for his injuries and losses.

In this scenario, even though having his bum on or off the seat of the bicycle would have made no difference to the outcome, and the motorist completely failed to notice what was going on in front of her, the cyclist was found partially at fault.

Lesson for motorists: Paying constant, active attention to the road ahead of you is critical.

Lesson for cyclists: Follow the strict letter of the law, even if doing so would not make any difference. Take your bum off the seat when proceeding through crosswalks.

Further lesson for cyclists and pedestrians: Regretfully, you really must assume that motorists will be blind to what’s going on in front of you. It takes even more than stopping and activating flashing pedestrian crossing lights to ensure your safety. Please watch carefully to ensure that motorists see you before proceeding.

Next week I will continue on with the other scenarios.